Don’t miss the fun for Sunday, check out a wine class, artist reception, take your dogs to the pro soccer match and more! To do Today: All Day: In honor of their founder John Galardi, Wienerschnitzel is rolling back prices on their three classic dogs to their original 1961 price of 15¢ on Sunday, July […]

The post Fullerton events for Sunday! July 21 appeared first on Inside Fullerton. 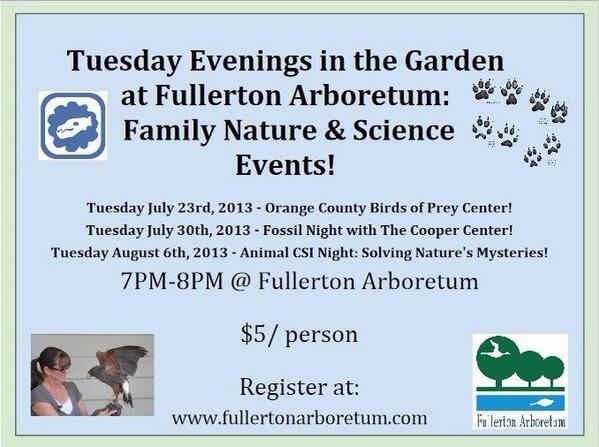 This year’s Ice Cream Championship Main Event is going to be the biggest yet! Grab the family and come on out to Farrell’s in Downtown Brea on July 21 starting at 11am. Cheer on our fastest ice cream eaters in each category as they battle head-to-head to see who will prevail as Farrell’s World’s Fastest and Best Ice Cream Eaters! END_OF_DOCUMENT_TOKEN_TO_BE_REPLACED

Good morning all! This Saturday has lots of fun in store from day beginning to late in the night! play sports with an Angel player, get your car washed, enjoy theater and more. Come meet our editor and other fans at Street Circus Bingo in downtown tonight too! To do Today: 8am-12pm: Fullerton High School […]

The post Fullerton events for Saturday! July 20 appeared first on Inside Fullerton.

How does the month go so fast? Must be because it’s Summer. Enjoy the weather with these great things to do: Plan ahead for the weekend with our special upcoming events calendar here. 9am-8pm: True Fitness (1101 S. Placentia Ave.) invites you to their open house event. The event is free and open to all local residents. Attendees […]

The post Fullerton events for Friday! July 19 appeared first on Inside Fullerton.

There will be a “Bad Moon Rising” over downtown Fullerton Thursday, July 25, when the â€œCreedence Clearwater Revivalâ€� tribute band â€œTombstone Shadowâ€� performs at the outdoor Fullerton Market. …read more

The post Kids Eat Free appeared first on Inside Fullerton.

A Chinese delegation led by the President of Tianjin Sister-City Council for the Promotion of Enterprises (TSCPE), Mr. Wang Yujing, will be welcomed to the City of Fullerton by Mayor Bruce Whitaker and the members of the Fullerton City Council on Thursday, July 25, 2013.

The TSCPE’s visit to Orange County is being coordinated by California ETEC, a local organization that facilitates education exchange and investment between the State of California and Asia. The TSCPE visit builds on a formal sister city relationship with the County of Orange that was signed in August 1997.

TCSPE chose to visit Fullerton in acknowledgement of …read more