It’s Father’s Day, be sure to check out brunch in town. To do Today: 8am-1pm: At Big’s Fullerton get all you can eat Brunch with regular drink purchase for $9.99, or for $16.99 with bottomless mimosas. 10am: Want to create your own day? See what else is going on with the help of our Guides page. 10am-2pm: Cantina Lounge has build your own burritos starting at $10 […]

The post Fullerton events for Sunday! June 16 appeared first on Inside Fullerton.

A homeless encampment in Fullerton was cleared out this Friday, and dozens of people who called it home had to leave, according to ABC News.  The campers were living along a 250-yard-long row of  tents paralleling railroad tracks and adjacent to the former Hunt Branch Library.

Homeless residents were given 48-hours notice to disband Wednesday by Fullerton police officers, according to KTLA.

You won’d find any mention of what happened on Friday on the Fullerton Police News Blog.  Their latest post is about a few cops who recently received medals. END_OF_DOCUMENT_TOKEN_TO_BE_REPLACED

This morning at approximately 6:30 a.m., deputies from the Orange County Sheriff’s Department were dispatched to the 6000 block of Calle Entrada in Yorba Linda regarding a home invasion robbery, according to an OCSD press release, which also reported that:

A suspicious occupied vehicle was located in the area and deputies later determined it was related to the incident. A female driver, identified as Ariyana Hearod, 21, of Los Angeles, was contacted and later arrested. A male suspect, later identified as Ronald Phillips, 21, of Riverside, fled the scene on foot. END_OF_DOCUMENT_TOKEN_TO_BE_REPLACED

Happy weekend everyone! Don’t forget about Father’s Day tomorrow – take dad out to a record swap, holistic health fair, or check out Taylor Stone for guys gifts (and their makeup launch today!) To do Today: 8:30-11:30am: Back by popular demand, the Orvis Fly Fishing 101 FREE introduction to fly fishing course at Bob Marriott’s […]

The post Fullerton events for Saturday! June 15 appeared first on Inside Fullerton.

Bring your dog or cat for discounted vaccines, FREE spay/neuter* surgeries, and microchipping/licensing. Keep your pet safe and healthy! END_OF_DOCUMENT_TOKEN_TO_BE_REPLACED

By Senator Bob Huff “Because the budget passed today relied on the governor’s more conservative revenue projections it was a far better outcome for Californians than the plan legislative Democrats originally put forward. Their plan optimistically assumed $3 billion more in tax revenues than the governor’s, and they proposed to spend it all. However, the budget approved today still includes major spending increases for new programs and expands existing state programs, which will cost much more in future years and create pressure for additional tax increases.

“I am disappointed that the $47 billion voter approved tax increases from Proposition 30, which support this …read more 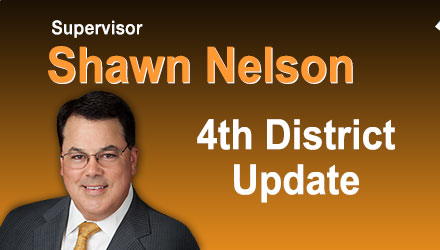 The Board held its annual public budget hearing on Tuesday, finishing all seven programs by the end of the day, and provided “straw votes” to staff for guidance and intention on the budget direction. While the straw votes are not binding, they are helpful in preparing the final budget for adoption. The Board will adopt the final budget later this month.

Some highlights of the budget include: END_OF_DOCUMENT_TOKEN_TO_BE_REPLACED

Fullerton Public Library is pleased to announce the contemporary art exhibition, Susan Sironi: Rantings & Shavings will be exhibited at the Main Library throughout the summer until August 4, 2013. A special Reception and Artist Talk is scheduled for Sunday, July 21, 2013 at 2:00 p.m. with a warm welcome to the public and art lovers alike. The Fullerton Library is located at 353 W. Commonwealth Ave., adjacent to City Hall. …read more

Fullerton Public Library is gearing up to show the public that Reading Is So Delicious! â€“ a tie-in to the 2013 statewide summer reading program theme. Libraries across the state will be providing books, reading goals and incentives, and an enriching summer of food-based programs, crafts, and activities to enhance their reading. …read more

The City of Fullerton will conduct a public workshop to obtain input from all interested parties on the Draft 2013-2021 Hosuing Element. The workshop will be held on June 26, 2013 at the Fullerton Community Center, 340 West Commonwealth Ave., from 5:00 pm to 6:30 p.m. …read more